With twenty years’ experience, I have worked on guides to spirituality, Chinese philosophy, memoirs, translations, and novels that went on to be bestsellers. I’ve worked with film directors from the States, artificial intelligence engineers from Hungary, historians from the Baltics, and have edited novels that range from erotica to literary fiction. But mostly I work with regular people who have written a first novel and either want to have it in its best shape for the submission process, or are looking to self-publish.

I don’t have an ‘order form’ for you to fill out, so if you are curious about what an edit entails, or even if it is right for you, just email your questions to me at matthendersonellis@gmail.com I usually respond within 24 hours. And, time allowing, am happy to do a sample edit.

FICTION EDITING: Fiction is democratic. It is a form of entertainment and high-art that everybody can participate in. No wonder publishing houses’ in-boxes are overflowing with manuscripts. I function primarily as an editor of all genres of fiction. This means I can attend to Big Picture and structural aspects of a manuscript, as well as resolve line-by-line style problems such as word choice, character, and plot continuity. I fix whatever grammar issues I catch.

NON-FICTION EDITING: Many of the problems of the novelist also crop up in non-fiction. The best non-fiction manuscripts are also great stories. This includes auto-biography and especially memoir (I have a strong personal interest in memoir). Academic, spiritual, history, and other non-narrative-based projects are also welcome.

AUTOBIOGRAPHY EDITING: Though this falls under non-fiction, it is a special category. Many people who are near or past retirement age decide to put their life’s story onto the page, in many cases, for personal rather than professional gratification. As a keepsake for future generations, an autobiography is an invaluable document, and special care should be put into making it as precise and readable as possible.

BOOK DEVELOPMENT AND CREATIVE COACHING: I am happy to take on projects that are in mid-process, and brainstorm solutions for those who are stuck. Motivational chapter-by-chapter manuscript development is also available.

EDITING SERVICE: Developmental editing is the most complex and creative aspect of manuscript editing. My services run between 1.5 and 3 cents a word. Please contact me at matthendersonellis@gmail.com for an exact quote.

You can read more about my credentials below. 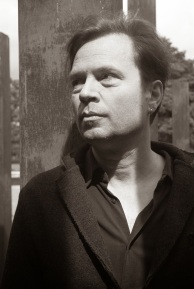 I received a degree in English Literature from Bennington College, after which I interned with a Broadway-based script agent and worked at The Hollywood Reporter, the film industry’s primary trade paper.  Later, in book publishing, I worked in the editorial department of Doubleday and Company then, after that, at several prestigious literary agencies in an editorial capacity. I co-founded and edit a literary review that is distributed internationally, and I have been editing books on public policy for the Soros Foundation, one of the world’s largest and most influential nongovernmental organizations.

Books I worked on when I was at Doubleday:

Books I assisted on (in the office of Executive Editor Betsy Lerner at Doubleday):

A Crack Up at the Race Riots – Film Director Harmony Korine

As a Freelance Editor:

As a freelance editor I have worked on many titles, from developmental editing to line editing. A few highlights are listed below:

Ragers, a novel by Seth Biderman